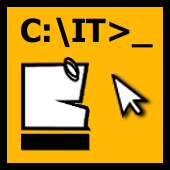 Triz Methods For IT Technologies

I AGREE WITH THE PROCESSING OF THE PERSONAL DATA
YES details

The browser for native apps functionality, which

"Expert Bro" is our brother in apps. It’s the browser for native apps functionality, which

1. Creates native mobile apps by accessing the URL’s.
Just like the usual browser creates web-page by the URL

2. Allows different native apps to exchange functionality by exchanging links.
By sending network request to the URL, any native app can get other app’s functionality. And each exchanged functionality communicates with it’s own backend.

3. API’s are no longer required.
Open the access to the already written piece of your program which you want to share, let your counterparties download «Expert Bro» and tell them the URL they need to use.

4. Most likely, web-sites are no longer required as well.

Only one step from spreadsheets to java apps, only one cell for apps integration

Another example of the use of TRIZ in IT. Use the spreadsheet, and get the fully functionig native mobile application in Java for "Android" OS.

The video shows not only the creation of applications, but also demonstrates the simplest way of embedding different apps into each other. For example, the second part shows how we can embedd the pizza delivery app into the cleaning company app just be filling one cell of the spreadsheet.

Idealization of data structures. Ideal function
The application of TRIZ in IT and programming (TRIZ-RI Skills)

This solution was created during a quest for the ideal - both in terms of management and in terms of TRIZ. The wording of ideal (which corresponds to a spirit and intention which was formulated by Genrikh Altshuller, while creating TRIZ, and which promoted the development) is as follows:

1) Ideal program is program which can be maintained and even improved by a programmer with a lower qualification then the author, and even without author being involved.

2) Ideal program is program which does not require any changes and / or additions to the code if new functionality is added (in fact, for ideal program increasing functionality leads to redusing ammount of code); And all this without any harm to any of its characteristics (for example, perfomance, etc.).

And with programs written so fast and maintained so simply, their creation and maintenance could be entrusted to children. So the adults could spend their time doing great revelations.

This method resolves the contradiction between the secrecy of voting choice and the strict accounting of the every vote.

If there were not the secrecy of the vote, then numerous already existing strict reporting systems (for example, bank’s payments or etc.) could be used for the elections.

Any citizen, listing the symbolic 1 cent payment to the special bank account and getting the receipt about this, thus uses the system in which any fraud impunity virtually impossible (or at least, fraud can not be secret). So even under totalitarian regimes (even in the distant future) the risk of being accused of manipulation with the votes will remain.

But at the same time, any citizen, who carried out his will this way, makes his choice known. The bank account is personal and bank’s wirings are fixed. Although formally banking secrecy exists in any reliable bank, it is precisely the violation of this secrecy any citizen is not able to prevent. Especially, in countries where the manipulation of the ballots is regular.

Thus, the guaranteed proof of the citizen’s will violates the secrecy of this will at the same time. For creating the reliable voting system, it’s necessary to resolve this contradiction.

The solution of this contradiction is described below.